Introduced in 1961, a year after the Corvair car, the Greenbrier (and Corvair 95 panel van and rampside pickup) were meant to compete with VW's bus. Like the VW, the Greenbrier had a rear engine, mounted low under the floor. However, the Greenbrier was larger and a much more powerful engine--both traits well-suited for the American market. This handsome green and white van sits on later Chevy rally rims, and is parked in front of another Greenbrier. 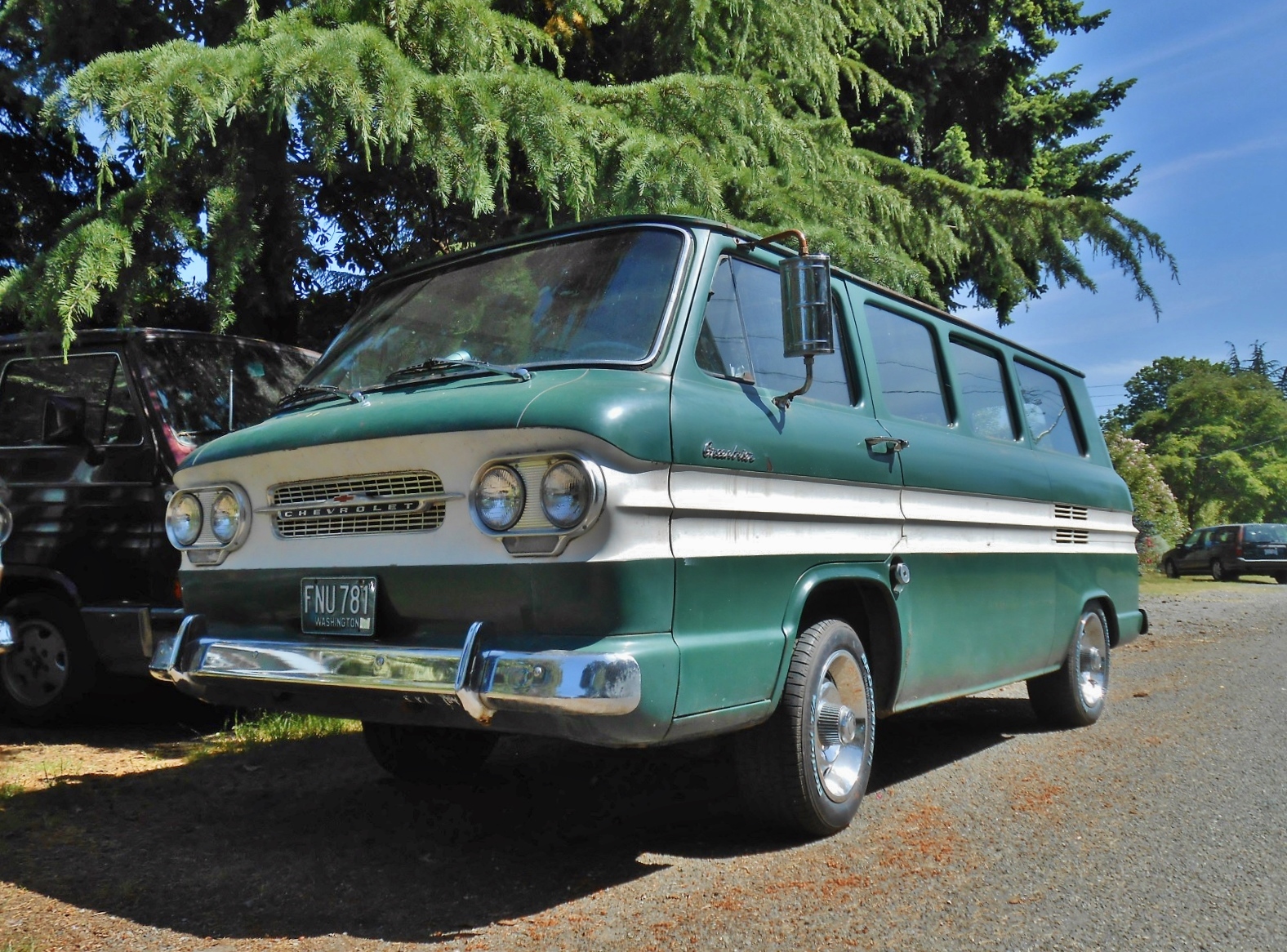 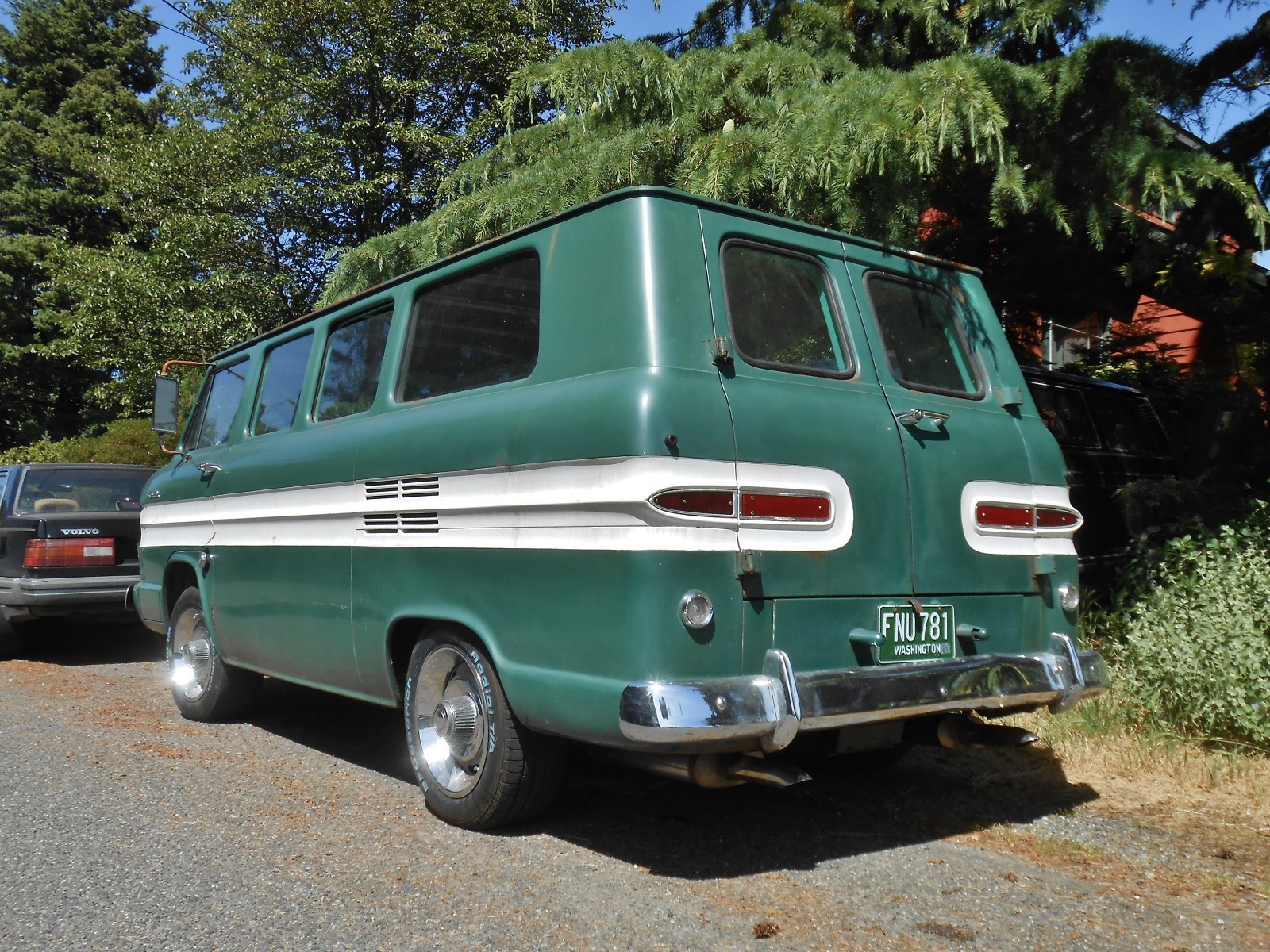 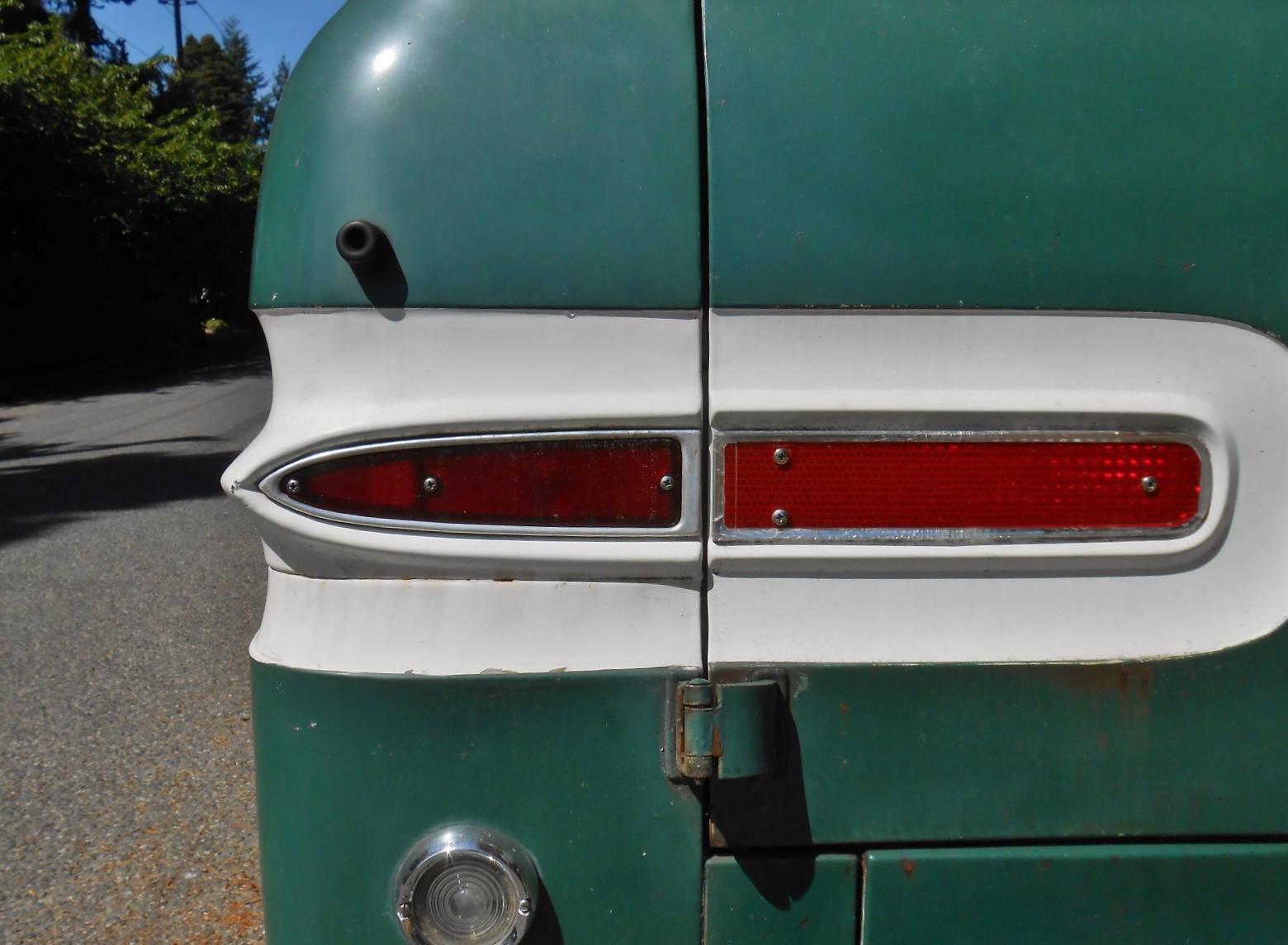 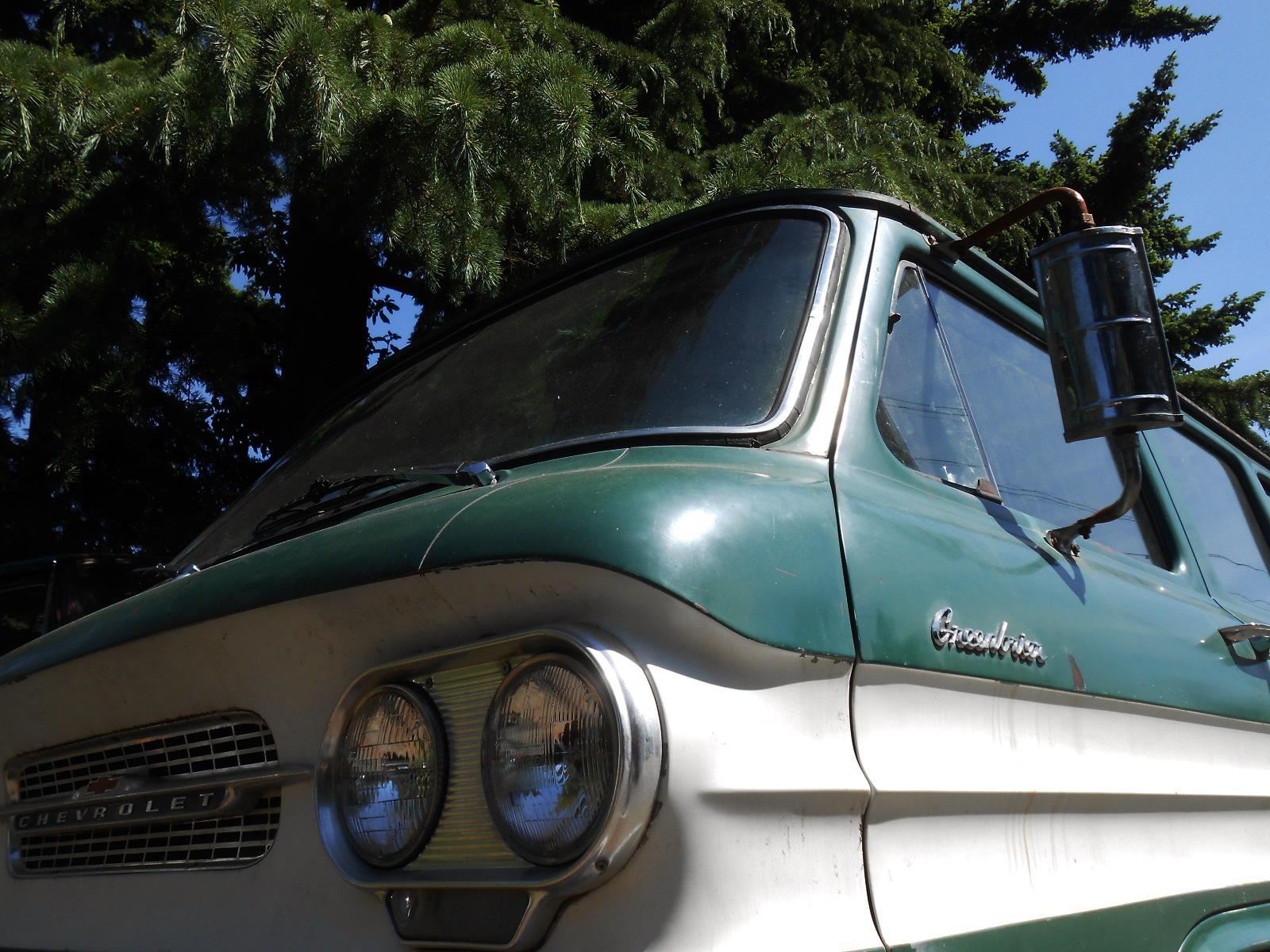 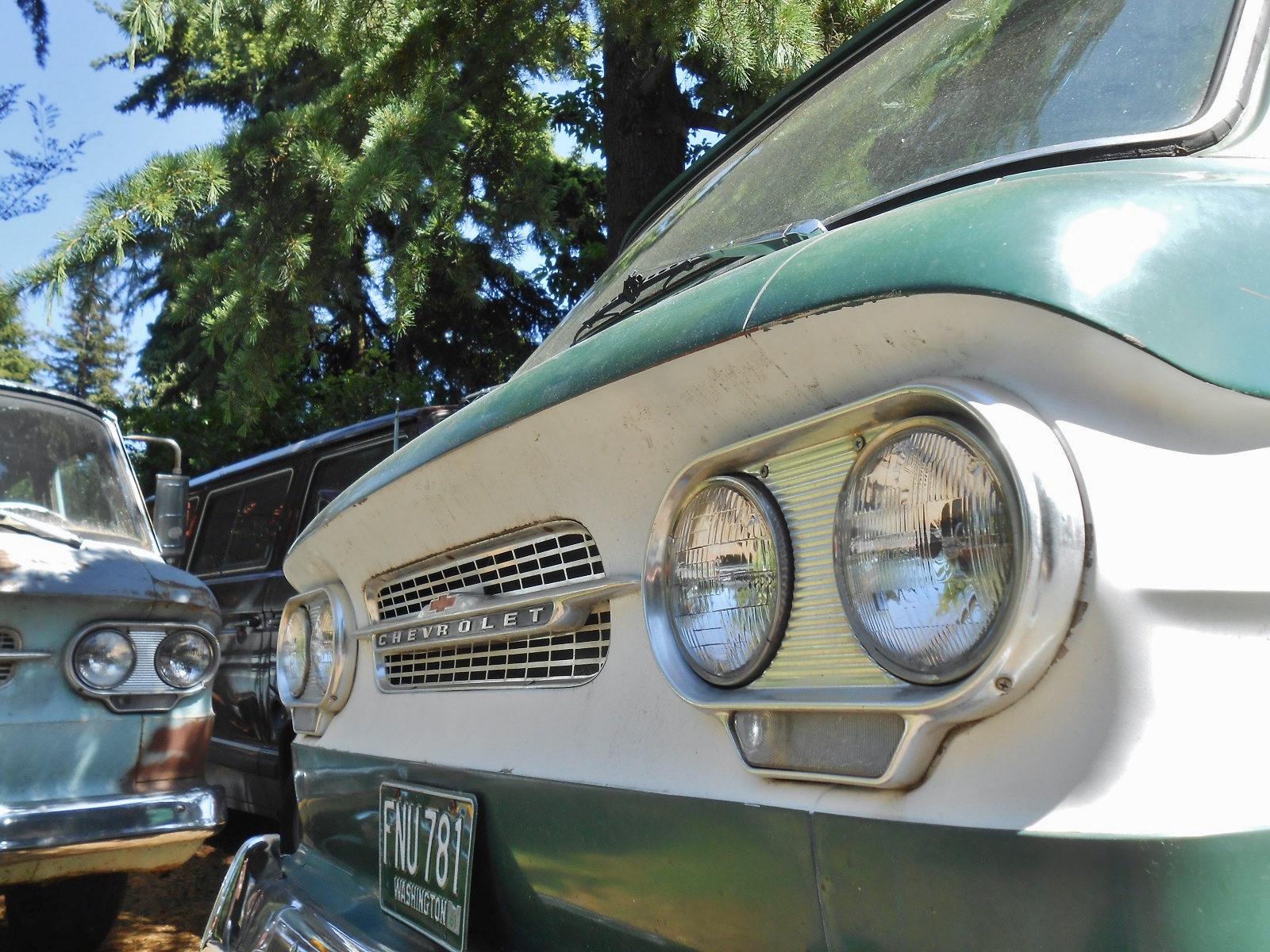 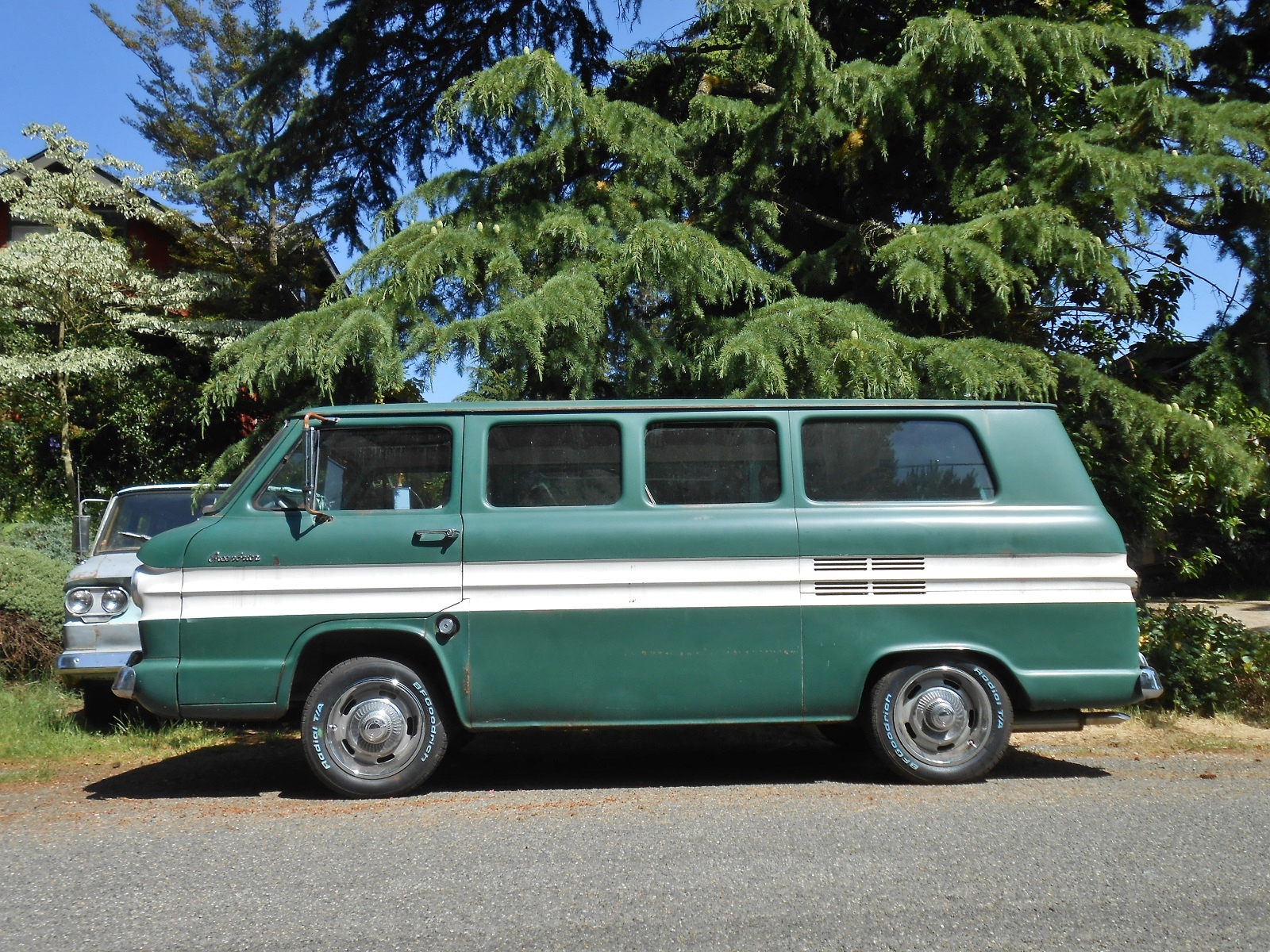